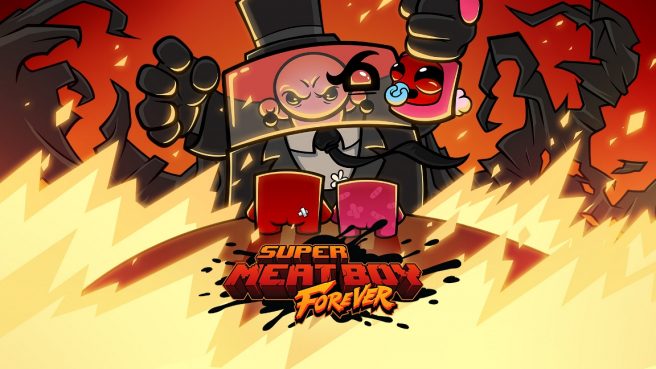 This week’s update includes a few additions, a whole lot of fixes, and more. We’ve got the full patch notes for you below.

– Fixed issue with hooks not allowing the player to let go when too close to the level
– Fixed issue with diving into a hook while in reverse gravity
– Fixed issue with teleportation failing in certain instances during CH6
– Fixed a misspelling in the credits
– Fixed issue with “Similar but Legally Distinct” unlocking prematurely
– Fixed issue with CH6 unlocking improperly
– Various level adjustments
– Fixed an issue with Betus not being consistent between attempts
– Adjusted how level completion works so a level can be beaten deathless and then later beaten under par for A+ to get the S Rank
– Adjusted the pars of 4-2
– Fixed an issue with Level 6-6 not unlocking properly
– Fixed some issues with CH4 areas rendering slowly
– Fixed an issue where 6-4, 6-5, 6-6 crash on exit from a replay or as a replay is loading after beating the level
– Fixed an issue with [REDACTED] stage trying to load a par that doesn’t exist
– Added Chunk Restart and Level Restart buttons in the controls menu. This unfortunately means that all current mapping files will be ignored. If you have custom controls already set up you’ll need to redo them with this update. You can bind Reset Level 1 and Reset Level 2. Both of these buttons must be pressed and held to restart the level. Because these are bound to triggers by default, Reset Chunk and Reset Level 1 cannot be the same button but the controller menu shouldn’t allow you to incorrectly map things.
– Added the ability to bypass controller mapping on startup by holding + and -. This way if somehow your controller map file gets corrupted you can easily start new.
– Various rendering optimizations
– Fixed some sound issues with goo in CH4
– Fixed a sound issue with the Glitch world map
– Added a speedrun timer