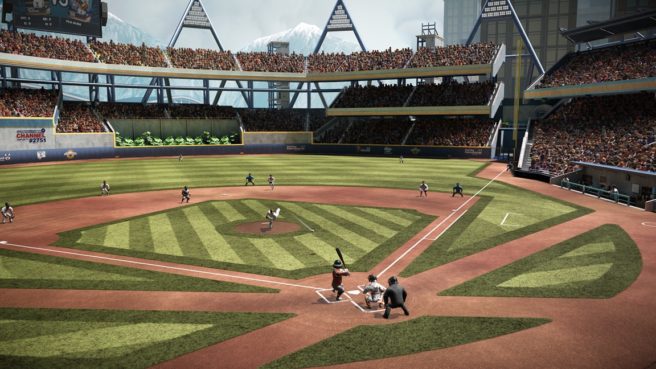 Online Leagues will allow users to set up custom leagues and invite friends from other platforms. Leagues can be setup and played casually via matchmaking within the league, or alternatively, competitive users can play according to their own externally coordinated schedule via a match-against-specific user feature.

Update 4 also features a fully revamped Watch Mode, offering users a new way to experience AI versus AI games with all-new user controllable cameras. The new cameras will allow the on-field action to be taken in from dynamic angles and viewpoints for an immersive visual experience.

Features in Online Leagues:
Online Leagues is a cross-platform mode where you and your friends can battle it out in your own leagues! With a wide range of customizable features, Online Leagues gives users a brand-new way to enjoy competitive or casual online play:

– Use invite codes to set up private leagues to play cross-platform with friends.
– Play in short-term or long-term seasons, with statistics tracked throughout the season.
– Customize settings and rules, such as Ego (difficulty) level and game length.
– Play with SMB3 standard teams or fully customized user teams.
– Create large leagues – up to 32 players.
– Queue for games against any opponent in the league, or queue against a specific user.

The new update for Super Mega Baseball 3 launches on September 29. We have a trailer below.