Super Nintendo World’s Mario Kart: Koopa’s Challenge was made with a game engine, can be updated with new characters, themes, and more 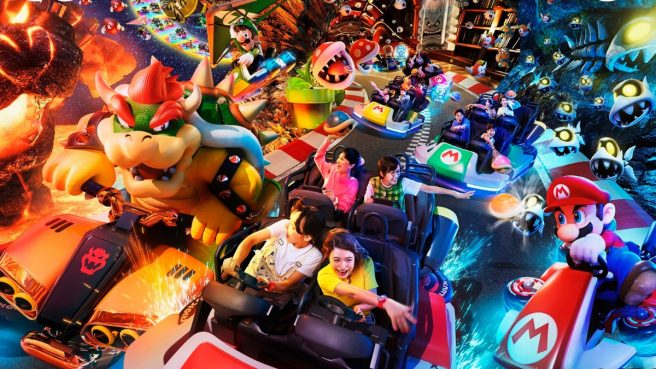 What fans may not know is that the entirety of the theme park was actually built in VR. This was primarily done for the design team, since they “could look around at a place and get sightlines and figure out where to move elements.”

Also revealed is that Mario Kart: Koopa’s Challenge is made with an actual game engine. Geraghty suggested that it could be easily updated in the future with new characters, themes, and more.

“We used the technology, also, in the design process. We built the entire land in VR and the design team could look around at a place and get sightlines and figure out where to move elements.”

“Because it’s in a game engine, we can keep updating, upgrading, putting new characters [in], changing themes, changing actions on the fly. So if there’s a special event, anything we want to release can be done overnight if we really wanted to. That makes it so much more flexible – it freshens up the experience. Every time you come back you could experience something new and exciting.”