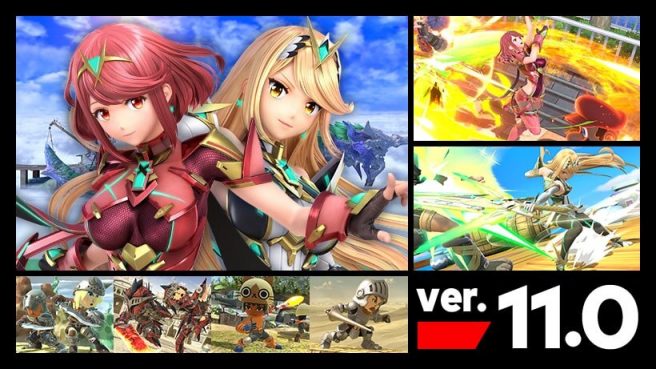 Today’s update is highlighted by the addition of Pyra/Mythra as the latest DLC character, who are accompanied by the Cloud Sea of Alrest stage. New Mii Fighter costumes have also been added from Monster Hunter and Ghosts ‘n Goblins.

The new update should eventually be downloaded to your system automatically. However, you can grab it right away by going to the Switch home menu, selecting the Smash Bros. Ultimate icon, pressing the “+” button, choosing “Software Update” and finally “Via the Internet”.

Nintendo hasn’t shared along the official patch notes for today’s update yet, but we’ll pass them along in a separate post once they’ve been released.