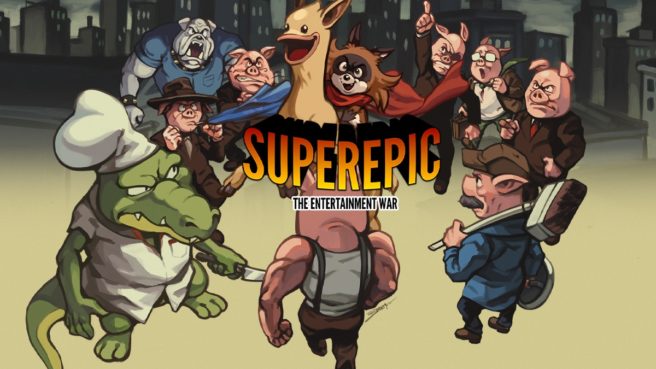 After it was given a December release window, SuperEpic: The Entertainment War has received a final date. Numskull Games will publish the Metroidvania style action-adventure game on December 12.

Here’s an overview of SuperEpic: The Entertainment War, along with a trailer:

In a not-too-distant future dystopia​, a single videogame development company, ​Regnantcorp, controls an Orwellian society by enslaving the population with their addictive free game​s.

As a rebellious racoon, along with your llama steed, you’ll explore a surreal castle-like office full of enemies, challenges, secrets and corporate pigs.

Break into their headquarters, uncover the conspiracy and save videogames!

SuperEpic: The Entertainment War will cost $17.99 on the Switch eShop.