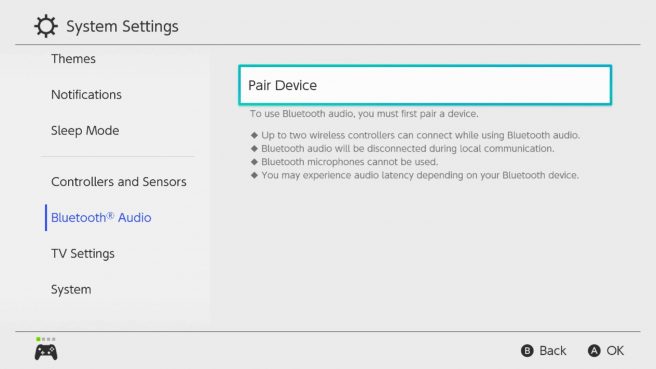 Nintendo has just issued a new 13.0.0 firmware update for Switch. All users worldwide can download the new upgrade now.

Today’s update comes with support for Bluetooth audio, with compatibility offered for headphones, earbuds, speaks, and more. Other features include an “Update Dock” feature, a “Maintain Internet Connection in Sleep Mode” option, and more.

Below are the full patch notes for Switch update version 13.0.0:

Note: Systems that are not updated to version 13.0.0 or later behave as if this setting is enabled.

The method to initiate “Calibrate Control Sticks” in System Settings was changed.

Users can now view whether their wireless internet connection is using the 2.4 GHz or 5 GHz frequency band under “Connection Status” after selecting Internet in System Settings.

Prior to Switch update version 13.0.0, the last update came in July. However, you could argue that this is the first big update since November 2020.