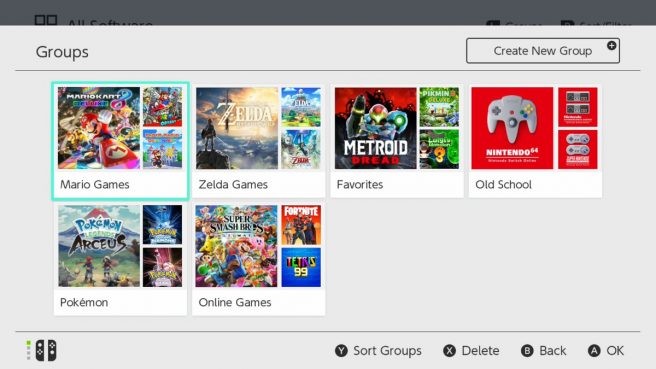 Nintendo has just released a new 14.0.0 firmware update for Switch, and it’s rather significant. Users can finally use a “groups” feature to help organize their games on the home menu.

To create a new group, go all the way to the right and select “All Software”. You can then press the “L” button to start an actual group. You can sort through your content by last time played, play time, title, and publisher. After this, you can even arrange how the software will be displayed. The final step is simply creating a group name.

Other than the ability to create groups, today’s update also includes some changes for Bluetooth audio volume.

The full patch notes for the 14.0.0 Switch firmware update are as follows:

“Groups” feature was added to the All Software menu.