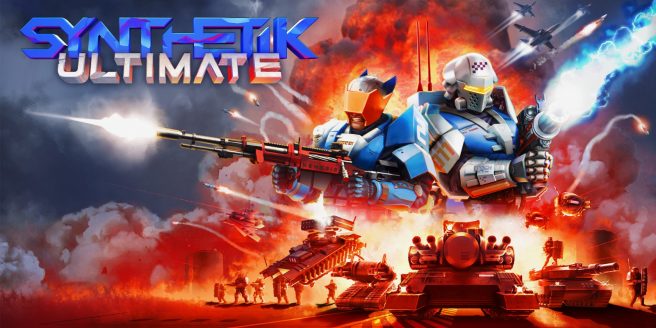 Synthetik: Ultimate, a tactical shooter rogue-lite that has received a great deal of praise on Steam, will soon be heading to Switch. A listing has appeared on the eShop which shows the game is arriving next month.

THE NEXT LEVEL IN GUNPLAY
– Master SYNTHETIK’s uniquely rewarding magazine eject and active reload mechanics!
– Weapons can jam and overheat, check yourself before you burn yourself!
– Tame the movement based recoil, discard and switch between varied ammo types.
– Savor the uniquely satisfying and direct weapon handling, rewarding precision and mastery!
– We even brought headshots to the top-down perspective for the first time!

What makes Synthetik so special?

FREEDOM & EXPERIMENTATION
There are many ways to play and an endless number of gear combinations. Everything can work! Play stealthy and tactical? Let turrets do the work? Heavy weapon madness? Slice and dice with your plasma blade?

The Gadgets you find enable new play-styles and each can be greatly multiplied in their power!

From Laser Mines to Turrets, Mind-Control, Psy Fields, Orbital Lasers, Pets and weird potions, each of the 140+ Items can make your day if you let them… and you can have up to 9 at the same time! Experiment and adapt!

CUSTOMIZE
Level up all 8 unique and highly customizable class specializations! Play as a Riot Guard, Breacher, Sniper, Assassin, Raider, Heavy Gunner, Engineer or Demolisher, each with their own weapon specialisations, loadouts, benefits and perks. Research & Class unlocks persist through death!

MODULAR DIFFICULTY
Choose from 11 difficulty modifications which can be independently combined for a tailored experience. Up the ante for greater risks and rewards or play it safe.