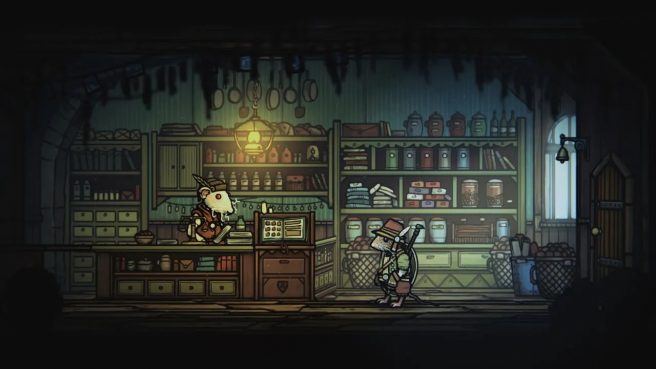 In celebration of Gamescom 2021, publisher United Label and developer Odd Bug Studio have readied a new trailer for Tails of Iron.

Here’s some information about the upcoming hand-drawn RPG adventure game:

Set in a grim land plagued by war, Tails of Iron is a hand-drawn RPG adventure with punishingly brutal combat. As Redgi, heir to the Rat Throne, you must restore your broken Kingdom by banishing the merciless Frog Clan and their ferocious leader, Greenwart.

From frog zombies to gargantuan grubs—and everything in-between—the Kingdom is awash with danger. To overcome each perilous encounter, you’ll need to study your opponent’s attacks and react accordingly! Thankfully, there’s a range of deadly abilities at your disposal, including parry bashes and fatal executions, not to mention ranged attacks with your nifty bow and arrow.

While danger lurks around every toadstool, you’ll need to keep your wits sharp and your blade sharper when it comes to the devastating boss fights. Cold-blooded in every sense of the word, these oversized amphibians each present their own unique combat challenge, and you’ll need more than a good set of armor to come out on top.

Tails of Iron will arrive for Switch on September 17. It’ll be distributed as both a physical and digital title. Keep track of our coverage here and access the official website here.