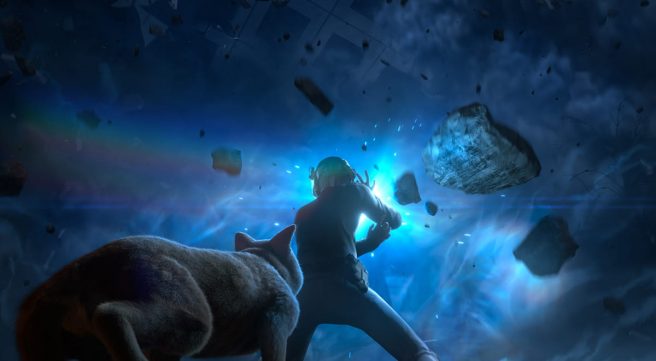 We heard this week that Takao Yamane left Nintendo after spending nearly thirty years with the company for PlatinumGames. At the studio, he’s now the company’s new vice president.

Further details about Yamane joining PlatinumGames have now surfaced thanks to a new interview with Famitsu. We also get to hear a bit more about Project G.G. and more.

Here’s the roundup of tidbits, courtesy of Ishaan:

• Yamane has left Nintendo after 27 years to become VP of Platinum
• He had just turned 50 and wanted to take on a new challenge in life
• As he was thinking about whether to stay at Nintendo, Inaba proposed they work together in 2021
• Kamiya didn’t know Yamane, but Inaba has known him since 2006
• Yamane felt Platinum needed him more than Nintendo did, and so he joined up
• Yamane adds that his Nintendo departure was peaceful

What Yamane will do at Platinum:

• Platinum has no experience in the publishing business and they needed someone with those qualifications
• Yamane is now in charge of the publishing side of the business
• Inaba and Kamiya will continue to lead the development side
• Kamiya will now be involved with more of the company’s projects as a chief game designer
• Inaba jokes that he expects Yamane and Kamiya to butt heads frequently in the future
• Yamane clarifies at one point that between publishing (business) and development (creative), the development side will always be prioritized
• So, for example, if Kamiya asks for a six-month delay to something, Yamane is willing to be flexible
• This is how Yamane was already used to operating at Nintendo, and can tell when a game needs more time

• He jokes about how the air-conditioning is set to very low and the studio is freezing cold
• He also jokes about how Kamiya and Inaba are a lot scarier to their subordinates than he expected
• Kamiya in particular has a tendency to be very direct and pointed when delivering feedback
• Kamiya jokes that Inaba is no different
• Kamiya also says that because people hold him in such high regard as an industry veteran, he tries to be as matter-of-fact as possible, and deliver his thoughts in a “flat” manner

Project G.G. and what kind of game it is:

• A core concept (like Unite Morph or Witch Time) is hinted at in the Project G.G. trailer
• Project G.G. is a large-scale project that is driven by Kamiya’s vision and Inaba’s ambition/goals for Platinum
• Inaba said to Kamiya that this would be the kind of game PlatinumGames would make from now on
• As a result, Project G.G. will not simply be an all-out action game
• Platinum’s capital tie-up with Tencent is helping Project G.G. realize its ambitions
• Project G.G. will be a self-published title, and was one of the reasons Yamane joined up
• Yamane sees the potential in Project G.G. and feels it is a top-notch product
• Project G.G. will be released both physically and digitally worldwide
• Yamane hints that we’ll see more in June next year (2023) at Los Angeles
• They haven’t decided whether it will be at E3 or Summer Game Fest

• In addition to Project G.G., Platinum is preparing another in-house IP

PlatinumGames’ development business (for other publishers):

• On the development side of PG’s business, there are “several unannounced titles”
• Some of these have just begun, and some are in the final stages of production
• Announcements will be made by their respective publishers whenever they’re ready

• All of the projects referred to above are large in scale, so PG feels understaffed at the moment
• As a result, they want to staff up to 500 employees as a short/medium-term goal
• The ultimate long-term goal is to have over 1,000 employees
• At the moment, Platinum is only in Osaka and Tokyo, but Inaba would like to expand to Hakata and Sapporo at some point in the future as well
• Kamiya says Inaba has great ambitions in mind for PG and they’d definitely need 1,000 employees eventually
• Kamiya and Inaba have meetings each week, where a lot of varying ideas are discussed or proposed
• If Platinum had more staff, they could actually experiment with these ideas more
• The studio is also continuing to hire for sales and marketing positions

• The two companies entered a capital alliance in 2020
• Tencent’s policy is to invest in companies but not govern them
• Tencent doesn’t event comment on Platinum’s games, all they do is keep the studio abreast of trends they see