Black Friday 2017 is just a few weeks away. With the big savings event so close, it’s no surprise that some of the deals are beginning to leak.

Target is first out of the gate. Unsurprisingly, some Nintendo deals are planned. Target is teasing games for $15, $25, $30, and $35. The full list is unknown at this time, but we’re aware that something like LEGO Worlds will be down to that $15 price point.

Here’s a full look at the Nintendo-related deals: 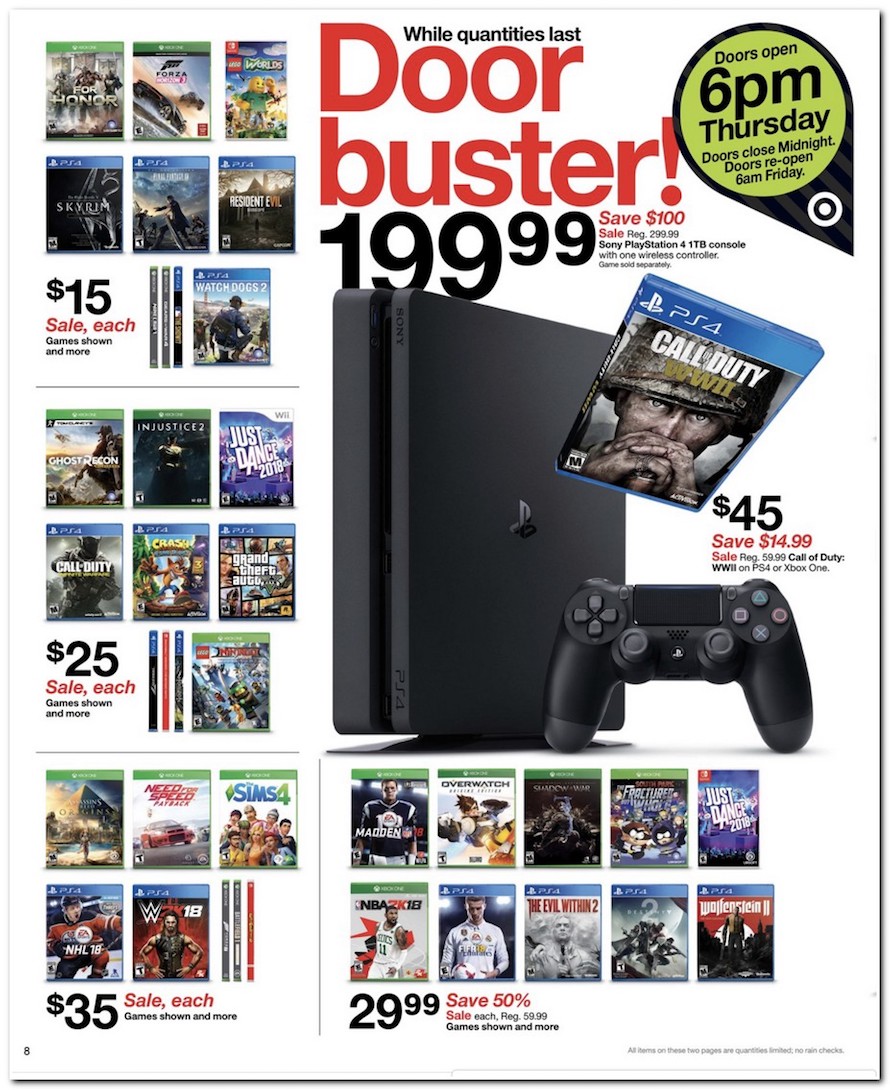 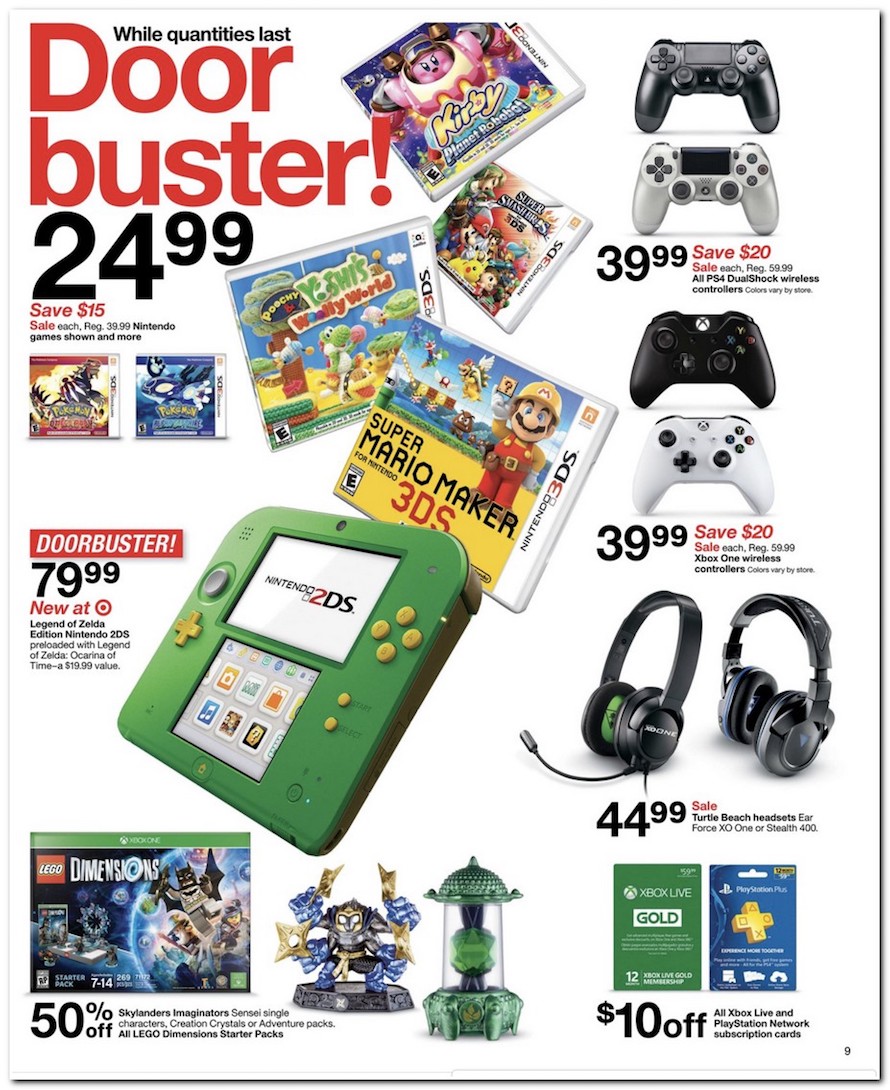