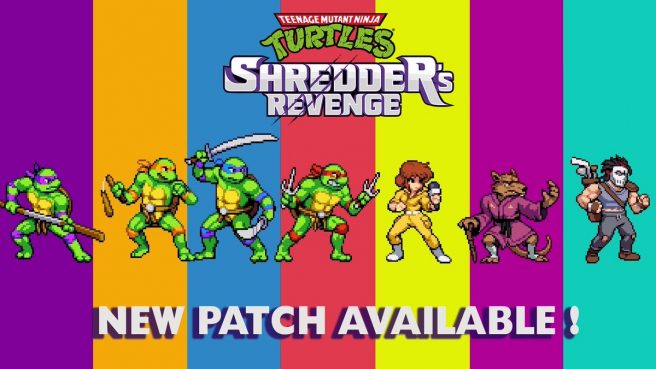 The latest update for Teenage Mutant Ninja Turtles: Shredder’s Revenge is here, and players can now access version 1.0.4 on Switch.

One of the highlight is that it’s now possible to join friends’ parties on Switch, and party codes are available for easier matchmatching. Other improvements and bug fixes are included.