Temtem still in the works for Switch, first preemptive build submitted to Nintendo 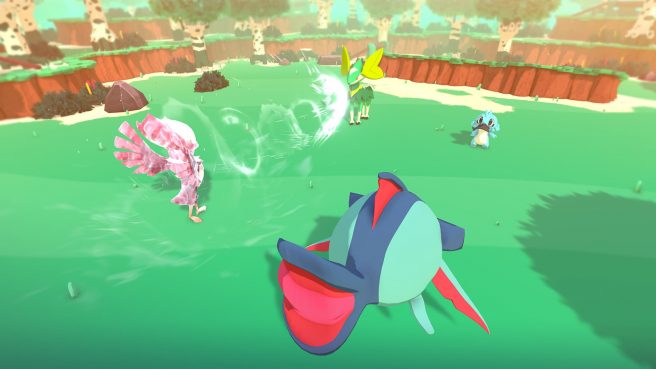 Temtem was confirmed for Switch way back in 2018. The massively multiplayer creature-collection adventure did see an initial release at the start of 2020, but over the past few years, there hasn’t been much news pertaining to Nintendo’s console specifically.

Thankfully, we can report that Crema is still very much developing Temtem for Switch. In fact, the studio confirmed this week that an initial preemptive build has been submitted to Nintendo. The team is looking “to clear this certification step right away so we can continue focusing on improving the game for the platform” and is striving for “both visual excellence and good performance levels on the handheld”.

The full note from Crema reads:

We’re excited to tell you that we’ve sent the first, preemptive build to Nintendo for Switch certification! If you’re familiar with game development, or you’ve dropped by our Discord server while we were talking about it, certification is a series of processes where the platform holder reviews our game and evaluates its current status to check its adequacy to release on said platform. This is just a first step in the process of getting the game set for the platform, and we’ll have to undergo further certification in the future, when the game is closer to launching, but we’re trying to anticipate and prepare for any possible hiccups by starting out early.

While this Switch build that we’ve just sent is not yet ready to be enjoyed by you, our players, we hope to clear this certification step right away so we can continue focusing on improving the game for the platform. Temtem, although some people won’t believe us, is visually heavy, and this is the biggest challenge in our path. We’re working hard on optimization to fit both visual excellence and good performance levels on the handheld, and once we polish and perfect any sector of the game we will make sure to share a video so you can see for yourself.

When we have more news about the Switch version of Temtem, we’ll be sure to let you know.