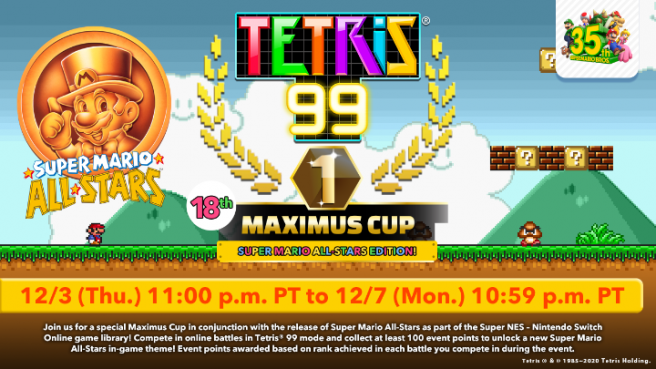 Nintendo has announced the 18th Maximus Cup for Tetris 99. Super Mario All-Stars Edition will be featured this time around, and players will be able to unlock a theme. If you collect 100 event points, it’ll be yours.

Here’s a look at the theme:

Celebrate #SuperMario35 with the 18th #Tetris99 MAXIMUS CUP! This time, it’s a Super Mario All-Stars Edition event. Check out a sneak peek of the theme as you get ready to battle it out Thursday, 12/3 at 11pm PT! @Tetris_Official pic.twitter.com/Kp1FHJLJnP