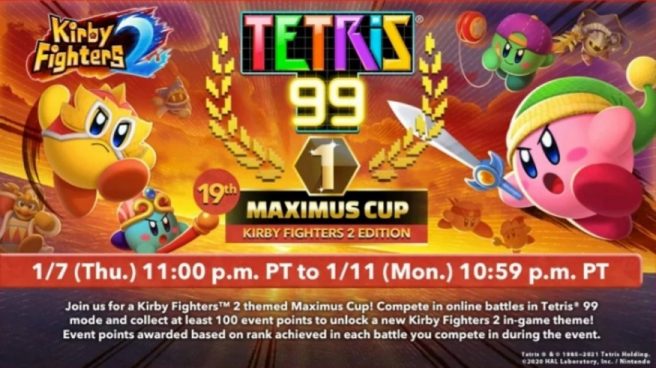 Tetris 99 will be kicking off its 19th Maximus Cup later this week. During the event, players will have an opportunity to obtain a Kirby Fighters 2 theme. Collect 100 points and it’ll be yours.