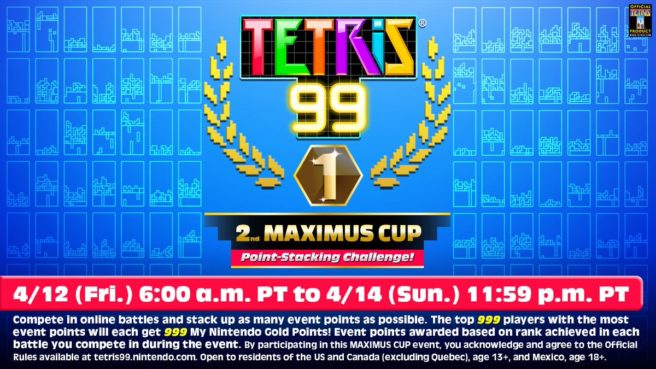 Nintendo has announced a new Maximus Cup event for Tetris 99. Just like the first one, you’ll have another chance to earn My Nintendo Gold Points.

The Tetris 99 2nd Maximus Cup takes place on April 12th! Earn event points by playing matches during the event. Placing higher in a match will award you more points, and every 100 points will count as one Tetris Maximus. After the event, the top 999 players with the most event points will be notified, and will each receive 999 My Nintendo Gold Points.