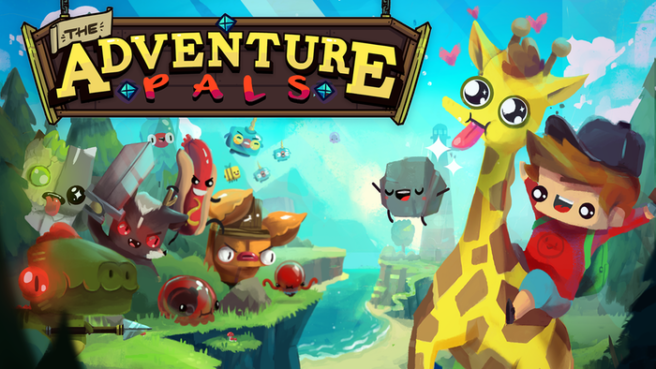 Update (3/23): We now have confirmation that The Adventure Pals will be out on April 3.

Original (3/22): Armor Games Studios and Massive Monster have announced that the action co-op platformer The Adventure Pals is launching on Switch next month. We don’t have a final date just yet, but it should be out in April. Pricing is set at $14.99.

Today’s news is being celebrated with the first gameplay footage from the Switch version. We have that below, along with an overview;

The Adventure Pals is a side-scrolling action-adventure platformer about friendship and exploration, featuring RPG elements and two-player local drop-in/drop-out co-op. Hop on the back of your giraffe, Sparkles, and discover 105 levels across five whimsical worlds filled with unique quests and characters, including zombie pirate cats, post-apocalyptic dinosaurs and hot dogs that poop explosive mines. Help a whale regain confidence, take a side in the battle between toast and dinosaur, travel to a legendary sunken city, decide the fate of a pirate election and more, all while leveling up to gain new and more powerful abilities!