The Amazing American Circus now releasing on Switch in September 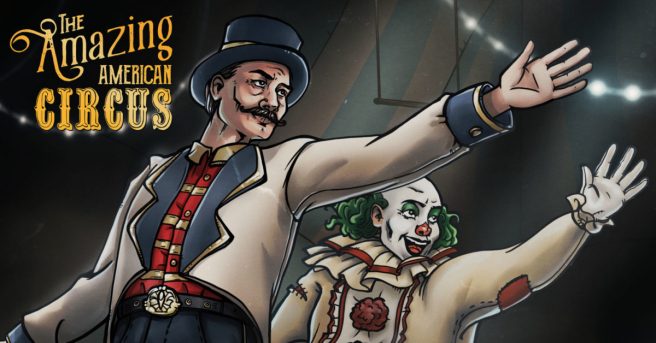 The Amazing American Circus has been delayed again, though only by a few weeks. Klabater and Juggler Games shared a new September 16 date today.

Originally, The Amazing American Circus was planned for May. It was then pushed to August 12.

For those that missed our previous coverage, check out the following details:

In The Amazing American Circus, you’ll build a circus empire from scratch. Flesh and blood opponents, as well as characters known from the American folklore, will stand in your way to success. As a novice owner of a small and run-down circus, you’ll have to face the historic giant of this industry – P.T. Barnum. Can you defeat him?

The Amazing American Circus tells a story of the most iconic entertainment in American history. The USA, during the Gilded Age, is a turbulent place. The new era is coming, and this is the last right moment for the circus to flourish! Discover Weird America where history blends with a dash of magical realism and ethnical folklore. Meet Wendigo, Big Foot, and many more!

Your main task in the game is to give circus performances. You will face an often extremely bored audience. Deciding which artists you put on the show is crucial since each of them has their own unique cards. Circus performance is a special card duel played between you and the audience. Their boredom or anger is your enemy, and your best weapons are brilliant performances and effective tricks performed by selected circus artists. Choose your cards wisely and try to skillfully identify the mood of the crowd.

We have a new trailer for The Amazing American Circus below.