The Coma: Recut coming to Switch 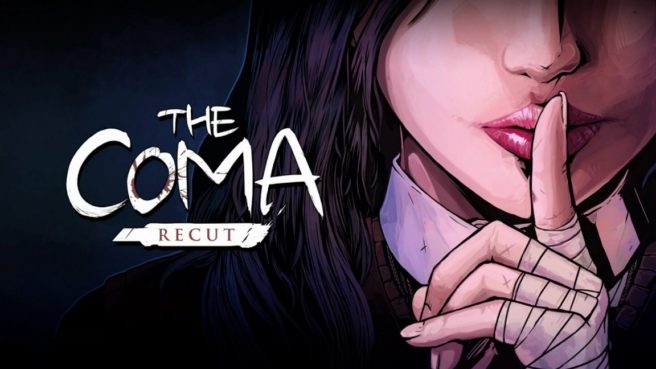 Digerati is starting to put out games on Switch at a rapid pace. The company has already published Letter Quest Remastered, Bleed is scheduled for next week, and now The Coma: Recut is confirmed for the console. The European Switch eShop lists it for December 21.

The Coma: Recut is a horror adventure game. In it, you play as the student Youngho who is trapped in an altered version of his school. The game involves escaping from a psychotic killer and the school itself.

We have more information about The Coma: Recut below, along with a trailer.

The Coma: Recut is a Korean survival horror. You are Youngho, a hapless Korean student who, after drifting asleep during his final exam, wakes to find himself trapped in a twisted version of his school, Sehwa High. And he’s not alone. Relentlessly pursued by a psychotic killer, Youngho must evade his hunter while desperately searching for a way to escape the dread-filled corridors and classrooms.

– A remastered version of indie cult classic The Coma: Cutting Class, the game has been rebalanced and ‘recut’ with new and updated animations, mechanics, cutscenes and art
– Hide: Crouch in the darkness or cower in a closet to stay out of sight and evade the killer
– Survive: Use your flashlight to search for useful items, but be warned – it can attract unwanted attention
– Mystery: Discover notes and clues to uncover the twisted history of Sehwa High’s students and teachers
– Death: Beware the horrors lurking in the dark, lest you bleed out in some forgotten classroom
– The cast of characters and creepy corridors of Sehwa High are brought to life in a hand-illustrated manhwa art style
– Inspired by the real-world plight of Korea’s overworked high school students
– Localized in the following languages: English, French, and Russian