The Final Station listed for February 22 release on Switch 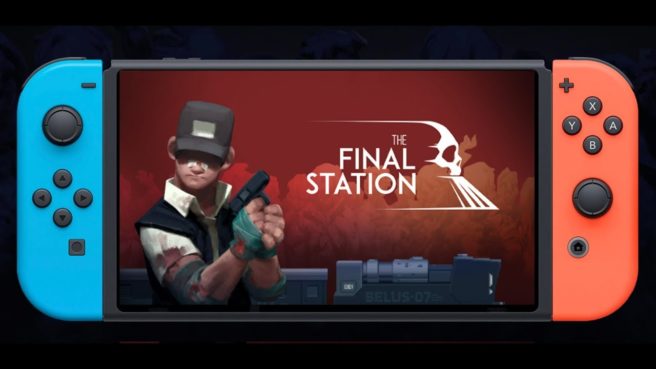 tinyBuild announced a slew of Switch games during a video broadcast last week. One of these, The Final Station, appears to be just a few days away. The North American eShop lists it for February 22.

The Final Station is a shooter that “takes players on a journey through a post apocalyptic world where your goal is to get from station to station, putting together the bigger picture of what happened, and where you fit.” We have more information and a trailer below.

The world is over.

But it’s not quite over for you… at least, not yet. And now that you’ve got thousands of tonnes of locomotive at your disposal, you’ve got the definite advantage over the infected hordes. This is The Final Station.

The real question is whether or not you’ll help the survivors get to their destinations…. or let them die and loot their bodies. Sometimes people can be more trouble than they’re worth.

A post-apocalyptic adventure about travelling a dying world on a train
A story that goes through 5 chapters, with large inhabited stations at the end of each one.
Infected are ready to stop your progress whenever you exit the train to look for supplies
Maintain your train in operating condition and craft valuable items from the resources you scavenge
Don’t expect to shoot your way through the crowds of infected. Supplies and ammo are very limited
Pick up survivors along the way, gaining perks (and hindrances) for your troubles
Scavenge for loot at stations and craft useful supplies
Sell your loot at inhabited stations for useful upgrades to your weapons