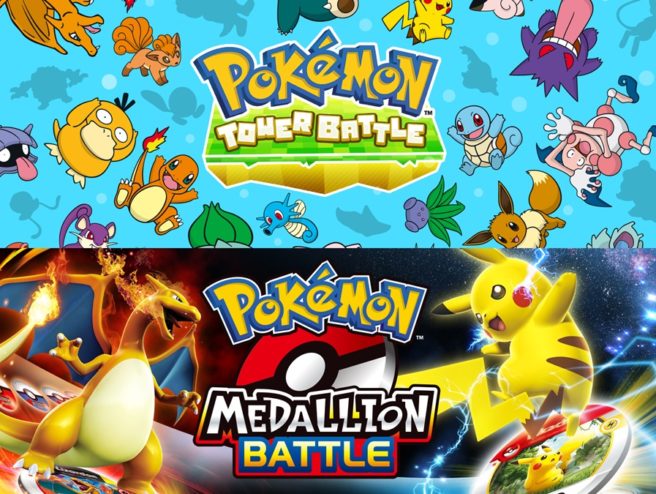 Two new Pokemon games have just been released – but on an unexpected platform. Starting today, fans can try out Pokemon Tower Battle and Pokemon Medallion Battle on Facebook Gaming.

Here’s the full announcement with all of the details:

Pokémon Tower Battle, available now worldwide, is a unique take on the Pokémon franchise: players compete by stacking Pokémon against one another to create the tallest Pokémon towers. As players discover, catch and level-up rare Pokémon, they can compete in real-time against friends or across a global leaderboard. It might seem like a simple physics-based puzzler at first, but the strategic choices in where and how players stack Pokémon will determine the true Tower Battle masters.

Pokémon Medallion Battle, now available to players in the Asia-Pacific region, is a digital card battle strategy game. In the game, trainers collect, battle and evolve Pokémon in medallion form and embark on a journey with their companions to win gym badges and complete their Pokédex. Players can also discover new Pokémon–introduced every month–to create even better decks.

“We are excited to launch two new entries in the Pokémon franchise on Facebook Gaming,” said Tsunekazu Ishihara, CEO, The Pokémon Company. “Launching these games through Facebook will allow people all over the world to experience Pokémon in digital form, and we are especially thrilled to collaborate with Facebook Gaming in enabling new audiences to enjoy Pokémon games online.”

Pokemon Tower Battle is now available in all regions through the Facebook Gaming tab and bookmark. Pokemon Medallion Battle is currently available to players in the Asia-Pacific region.