The World Ends with You: Final Remix is the next Switch Online Game Trial in North America 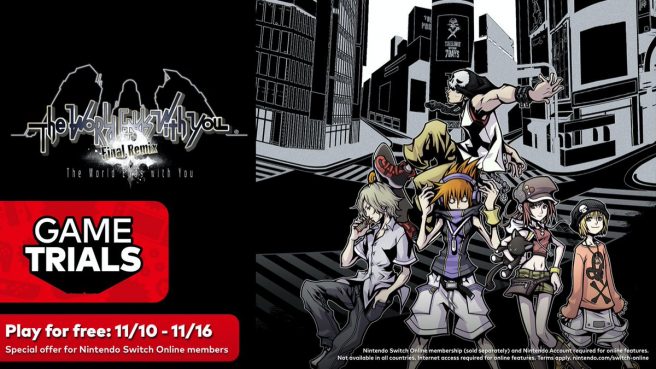 It’s been announced that The World Ends with You: Final Remix will be the next offering as part of the Nintendo Switch Online Game Trial program. If you have an active subscription, you’ll be able to play the full game between November 10 and November 16. All progress can also be transferred to the full version.

As for Europe, there’s currently no word on what’s next on the docket. We only have confirmation that a trial is starting up for Story of Seasons: Pioneers of Olive Town later this week – more information can be found here.