The World Ends with You: The Animation main visual, additional cast overview 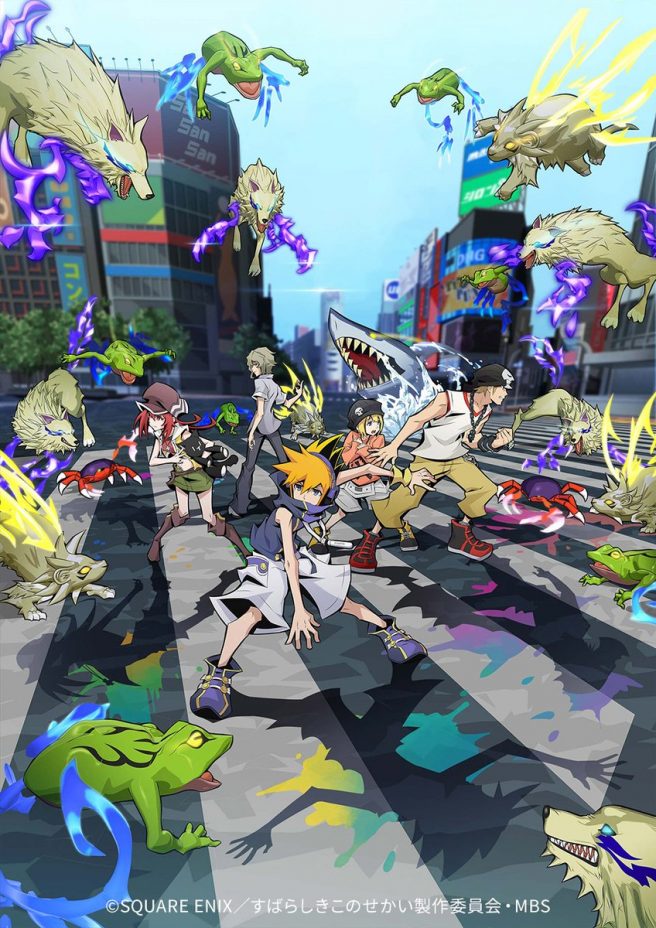 Square Enix has provided another update on The World Ends with You: The Animation. In addition to the main visual, we have additional details regarding the show’s cast.

A kind café owner with one eye on his shop and the other on the Reapers. Offers words of advice to Neku and the gang.

A slightly clumsy Reaper who talks much bigger than her comparatively low station would normally allow.

A fit and free-wheeling Reaper who works alongside Uzuki. His laidback attitude belies a strong sense of pride in his work.

A beefy Reaper boasting the strength to split the ground with a slam of his fists. Prone to emotional outbursts.

A cruel and destructive Reaper with a penchant for calculation. Made a name for himself thanks to his impressive feats.

A high-ranking Reaper who gives missions to Neku and the gang but rarely appears in person.

A top-ranking Reaper with a strong sense of self-importance. Pursues his objectives strategically.

The World Ends with You: The Animation will debut in 2021.