This is the controller for Pokken Tournament 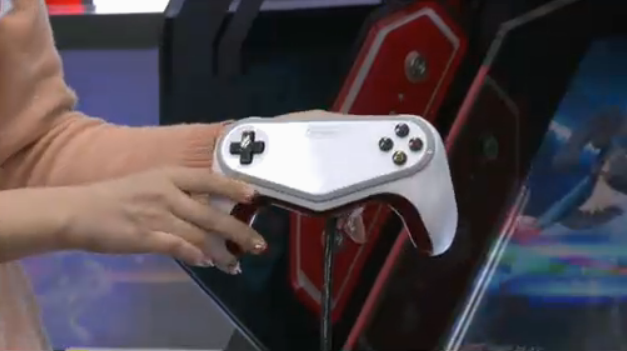 During today’s Pokken Tournament live stream, producer Katsuhiro Harada unveiled the controller that will be used for the arcade system. Here’s what we learned:

– Pokken Tournament isn’t going to be as difficult to get into compared to other fighting games
– Namco is developing it with both veteran players and newcomers to the genre in mind
– This controller was chosen to make it easier for beginners to get into since arcade sticks can be a little difficult or intimidating for those who’ve yet to play a fighting game
– The controller has a red part that lights up below
– Trigger buttons, traditional d-pad, four face buttons also included
– Said to resemble the look of the Famicom controller