Thumper confirmed for May 18 on the Switch eShop 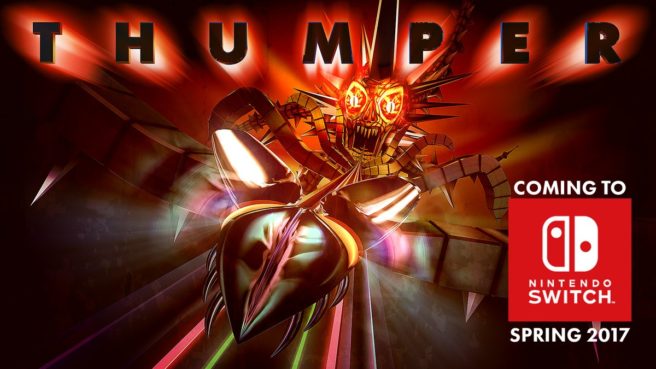 Update: We’ve received an official announcement from Drool now. It’s looking like May 18 will apply to both North America and Europe.

Original: The European Switch eShop has updated with a listing for another significant title. It seems that Thumper is just around the corner, as it’s listed for May 18. The game will cost €19.99 / £15.99.

“Thumper is rhythm violence: classic rhythm-action, blistering speed, and brutal physicality. You are a space beetle. Brave the hellish void and confront a maniacal giant head from the future.

Most games tend to hit the North American and European Switch eShops at the same time. We don’t have a confirmed release date for the states currently, but a May 18 launch is likely as well.