Timespinner announced for Switch, out next week 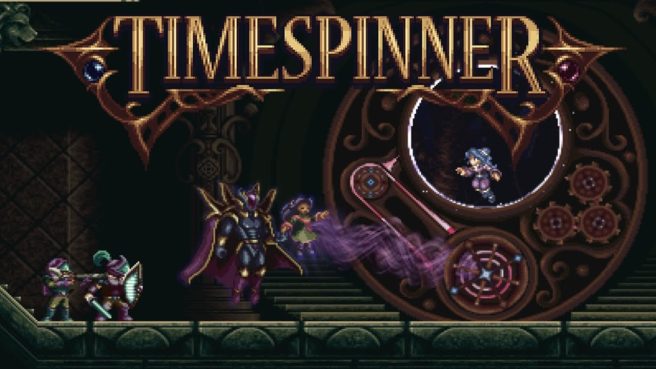 Here’s an overview of Timespinner, along with a trailer:

Timespinner is a beautifully crafted story-driven adventure, and an ode to classic 90s action platformers. Follow Lunais, a head-strong young timekeeper, on her quest for revenge against the empire that killed her family. Use time-bending powers to explore a vast, connected world, and change fate itself.

With her family murdered in front of her and the ancient Timespinner device destroyed, Lunais is suddenly transported into a unknown world, stranded with seemingly no hope of return. Using her power to control time, Lunais vows to take her revenge on the evil Lachiem Empire, but sometimes the course of history isn’t quite as black and white as it seems…

Control the Timespinner to bend time to your advantage, evading foes, using them as platforms and solving puzzles
Discover a lovingly-crafted, beautiful pixel art world and uncover a rich story universe
Explore both the past and present of Lachiem, from grand medieval castles, to sparkling serene lakes, a bustling metropolis and even a space-age laboratory
Clobber enemies with Magic Orbs which grow in power the more you use them
Befriend mysterious Familiars and train them to aid you in battle
Take on challenging boss battles with an emphasis on skill, timing and dodging
Locate hidden areas and treasures through secret walls and platforming puzzles
Invite a second player to join the adventure by controlling Lunais’ Familiar in local co-op mode