To the Moon getting a physical release on Switch 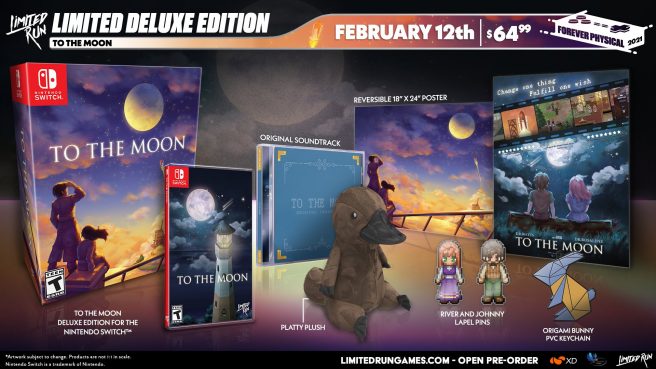 Limited Run Games has announced a partnership with X.D. Network and Freebird Games to produce a physical release for the Switch version of To the Moon.

Fans will be able to choose between two products. Aside from standard copies, Limited Run Games is also planning a Deluxe Edition. The latter release includes an origami bunny keychain, Platty plush, CD soundtrack, and more.

You’ll be able to pre-order a copy of To the Moon for Switch starting on February 12 at 7 AM PT / 10 AM ET. Limited Run Games have it here.