Posted on October 15, 2019 by Matt(@OnePunchMaz) in News, Switch eShop 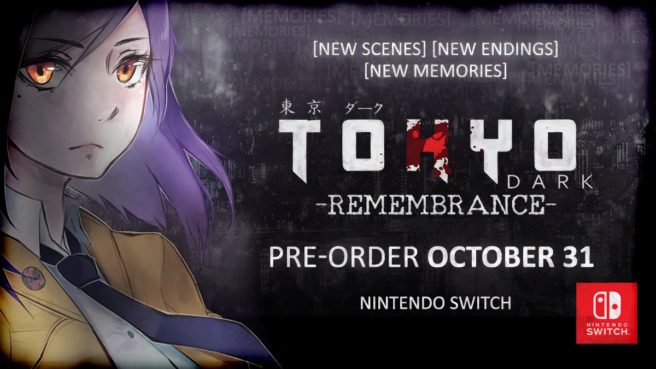 Celebrated indie horror game Tokyo Dark: Remembrance is heading to the Switch, as was announced last year. Today, developer Cherrymochi announced the release date for the game: November 7. Starting on November 31, you’ll be able to pre-order the game on the eShop with a 20% launch discount.