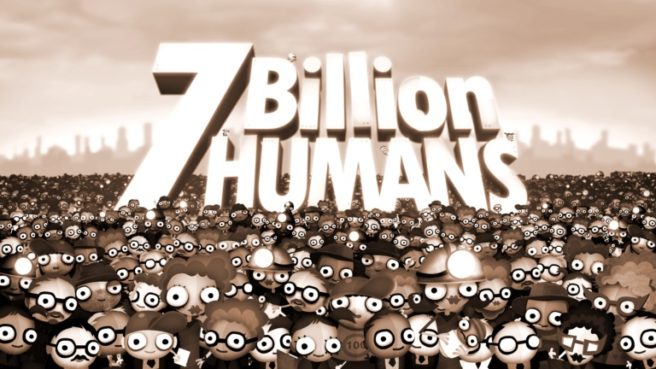 Tomorrow Corporation, developer of Little Inferno and Human Resource Machine, has announced a brand new project. 7 Billion Humans is on the way and will be released on Switch, the studio revealed today.

In 7 Billion Humans, you’ll lead “swarms of office workers to solve puzzles inside your very own parallel computer made of people.” The game is officially described as a followup to Human Resource Machine.

7 Billion Humans isn’t very far out, as it currently has a release window of early 2018. We have some additional details and the debut trailer below.

Automate swarms of office workers to solve puzzles inside your very own parallel computer made of people. A thrilling followup to the award winning Human Resource Machine. Now with more humans!

Features
– More puzzles, more humans, more rippling brain muscles – over 60+ levels of programming puzzles!
– A whole new programming language to enjoy! Where Human Resource Machine was based on Assembly and executed by a single worker, 7 Billion Humans has an all new language that lots of workers can all execute at the same time.
– You’ll be taught everything you need to know. Even useless skills can be put to work!
– From the creators of Human Resource Machine, Little Inferno, and World of Goo.
– Includes a new soundtrack by Kyle Gabler.