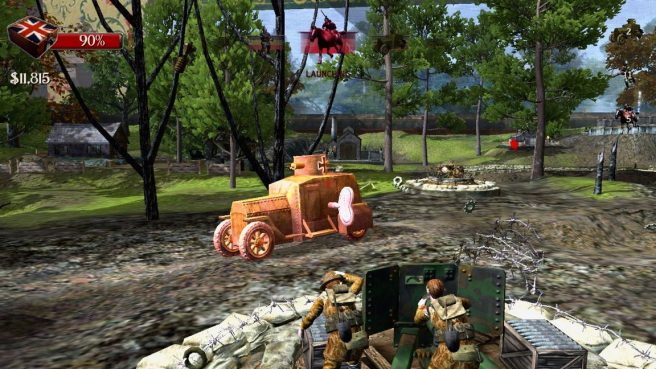 Following previous delays, the Switch version of Toy Soldiers HD has been given its final release date. Accelerate Games will have it ready to go on August 5, 2022.

Toy Soldiers HD was first planned for Spring 2020, but was delayed to 2021. After being set for last August, the title was bumped to September 9. Toy Soldiers HD then had a new September 30 date, but Accelerate Games delayed the Switch version indefinitely.

The good news is that the wait for Toy Soldiers HD is almost over. It will include the original game, all DLC including some out-of-this-world new enemies to take on, and some wacky new experimental levels.

It’s time to deploy your machine guns, artillery, mortars, flamethrowers and more. The first wave of enemy toys are closing fast and bringing down a rain of bullets. Protect your tox box at all costs and watch out for those toy Robots, they are killers!

The digital embodiment of childhood imaginary battles with your best friend in your bedroom, the game offers single player fun and multiplayer goodness armed with army miniatures, classic sci-fi robots and spaceships, and more toys from our old school toy boxes.

Unlike many tower defense games where you build your defenses and watch the action unfold, Toy Soldiers HD gives you the unique ability to instantly pop in and out of the battlefield from both third-person top-down strategic perspective and overhead first-person POV shooter perspective. Watch the battle play out as you build, upgrade, and repair your defenses or jump directly into the action.

Control fearsome armored vehicles and tanks with explosive firepower as you win the war and earn your upgrades for the next thrilling battle on the road to victory!

Take to the skies and rain down fire from above, take out enemy bombers or earn your victory in exciting dogfights as you pilot the first airborne war machines.

A trailer promoting the release date news for Toy Soldiers HD on Switch can be viewed below.

Toy Soldiers HD will be available digitally on the Switch eShop.