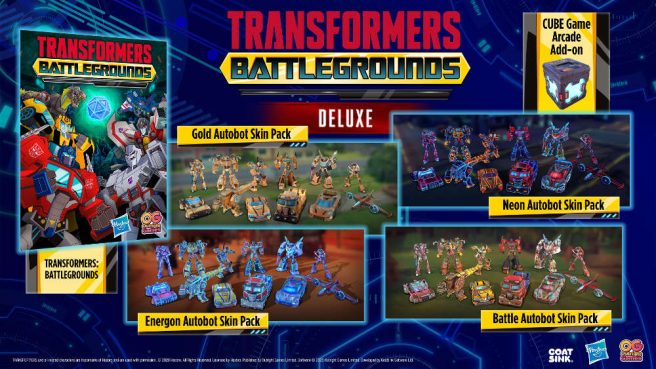 Outright Games has revealed a Digital Deluxe Edition for Transformers: Battlegrounds. Copies include the game, four Autobot skin packs, and an exclusive arcade game mode in which the Autobots and Decepticons battle it out, using their unique special abilities to keep control of the Cube across four unique arenas.

Aside from that bit of news, the first gameplay trailer for Transformers: Battlegrounds was shared today. We have it below.

Transformers: Battlegrounds launches for Switch on October 23. It’ll be available to pre-order digitally on October 2 with a 10 percent discount on the Digital Deluxe Edition. Additionally, those that reserve the game will receive the exclusive Nemesis Prime and Goldfire Bumblebee skins.