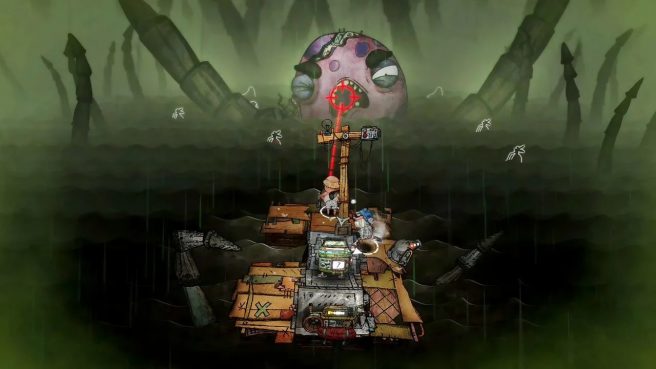 Trash Sailors is a hand-drawn sailing simulator with co-op up to 4 players. Create the trashiest sailing team in history, fight with monsters and trash your friendship!

The world was flooded by a giant Trash Tsunami! Luckily for you, a lot of trash is floating around. Trash is your main resource and the most valuable thing in this world. You can recycle it into fuel, raft spare parts, and even weapons. Brace yourself for swamp crocodiles, toxic sharks, arctic pirates, and much, much more!

• Dozens of seas for treasure hunting!

• Battles for the last piece of trash.

Take a look at the new Trash Sailors trailer below.

Trash Sailors was first announced for Switch last December. At the time, tinyBuild and fluckyMachine were hoping to have it out in Spring 2021. Ultimately, that didn’t happen, and we’re now waiting on a new release window. The two sides are only saying that the game is “coming soon”.

You can find the official website for Trash Sailors here.