Trigger Witch out on Switch this summer, new trailer 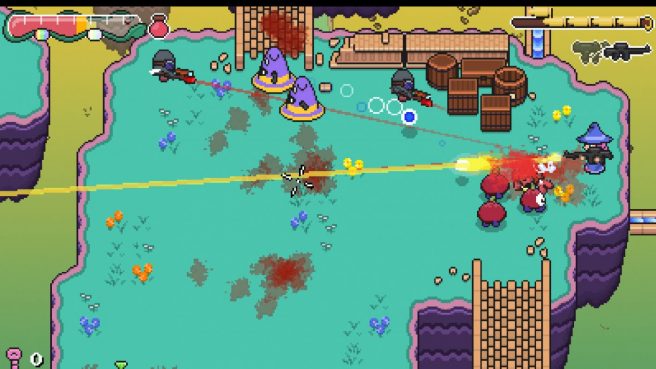 After it was announced a couple of years ago, the top-down action-adventure game Trigger Witch has received a new release window. Rainbite will be collaborating with publisher Eastasiasoft to publish the title this summer.

Trigger Witch will be offered both physically and digitally. Play-Asia will be selling the physical version exclusively, and a limited edition is planned.

Here’s further information on Trigger Witch as well as a new trailer:

Recalling the visual style and intuitive gameplay of 16-bit action-adventure classics, Trigger Witch puts an ultra-violent spin on cute and colorful pixel art. With a compelling and original narrative, puzzling environments to explore, a dynamic soundtrack, twin-stick shooter mechanics and a vast array of enemies to blast into smithereens, this is a tale that will grip you from start to bloody finish.

– Explore an open world in classic action-adventure style!
– Wield and upgrade new firearms as you progress.
– Meet strange and endearing characters through engaging dialogue.
– Blast monsters back to their rightful plane of existence in bloody fashion!
– Solve environmental puzzles and overcome obstacles in clever ways.
– Play solo or multiplayer at any time, with drop-in local co-op.