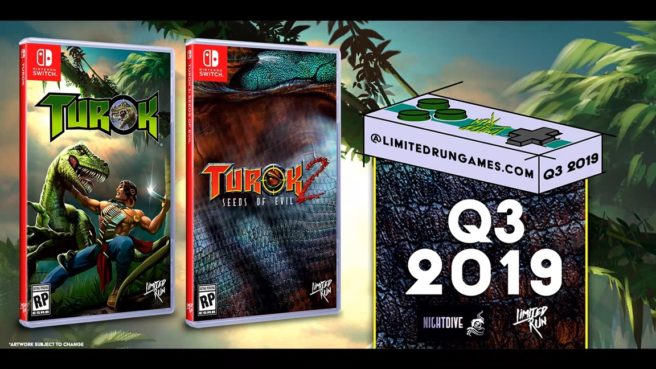 Earlier this year, Turok was added to the Switch eShop. Limited Run Games has now announced plans to offer a physical version. Additionally, we have confirmation that Turok 2 will be released on Switch, and it will also be receiving a physical release.