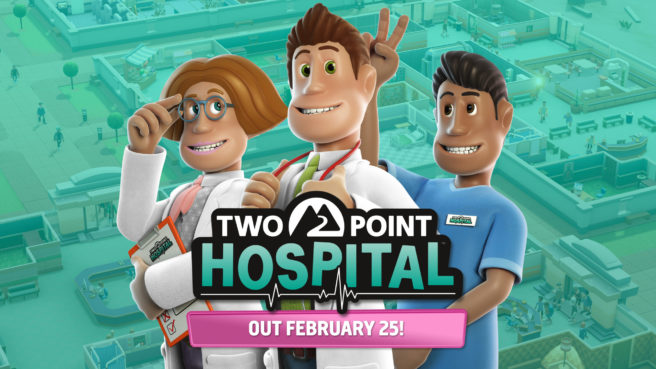 Two Point Hospital was previously delayed on consoles after it was originally planned for this year. Today, Two Point Studios confirmed a final release date of February 25, 2020. It will be sold both physically and digitally.

Pre-orders for the digital version of Two Point Hospital will open on the Switch eShop “soon.”