Ubermosh: Omega due out on Switch next week 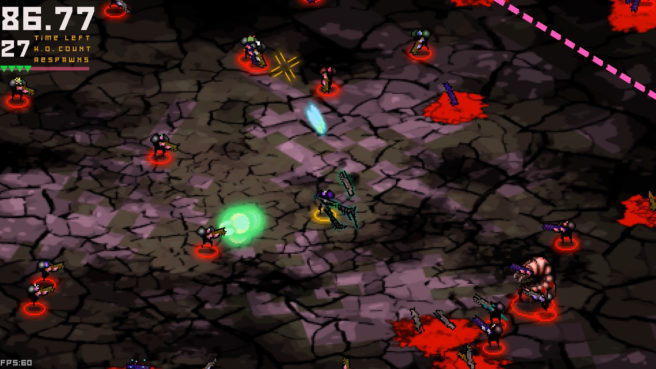 The arcade-style game Ubermosh: Omega will be released on Switch next week, QUByte Interactive has announced. The game will be dropping via the eShop on February 21.

We have the following overview and trailer for Ubermosh: Omega:

The players can choose a Saint, tune it to fit their gameplay style and try to survive a gun-filled pit where you can cut bullets with swords, unleash havoc with psionic powers, and evade hells of projectiles.

Each character is a love letter to arcade games, like Kore, inspired on classic shmup gameplay or Aya that calls for a progressive combo score beater.

A hardboiled egg of the Brazilian underground game development scene and a Must-Buy for the finest tasted arcade enthusiasts!

Ubermosh: Omega will soon be available to pre-load on the eShop, where it will carry a 30 percent discount.