Ubisoft was surprised by ease of Switch development while making Mario + Rabbids, no issues with Snowdrop engine 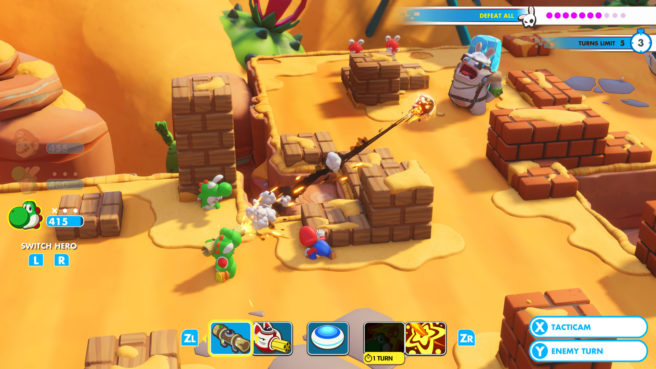 It’s been a busy day for Mario + Rabbids Kingdom Battle interviews, and another one has surfaced from ntower. The site spoke with Andrea Babich, lead narrative designer at Ubisoft Milan.

Mario + Rabbids Kingdom Battle will be the first Switch game to make use of Ubisoft’s Snowdrop engine. Despite that, there were no issues along the way.

When asked if the team encountered any problems while developing for Switch, Babich noted:

“Actually we were really surprised about how easy the development for this system is. I don’t want to sound like a Ubisoft or Nintendo fan, but when we got the Dev-Kit and put the Snowdrop-Engine onto the Switch, these two perfectly fit together. The Snowdrop-Engine, which is our engine for almost everything and which we used for the last South Park game is so versatile that we quickly lost our worries about the development.”