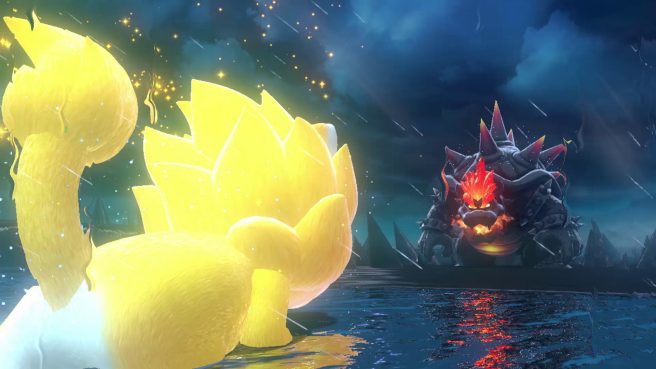 Original: (3/7): This week’s UK software sales, and there’s a little bit of interesting news concerning some of Nintendo’s Switch games.

Super Mario 3D World + Bowser’s Fury took the top spot for the fourth straight week, though its sales lowered slightly by 18 percent. There were increases for other games, including Mario Kart 8 Deluxe (up 7 percent), Super Mario 3D All-Stars (up 36 percent), and even Super Mario Odyssey (up 5 percent). Animal Crossing: New Horizons also increased significantly, rising from #7 to #3 thanks to a 40 percent sales boost.

In other news, Bravely Default II decreased from #11 to #33 with a 74 percent drop. Persona 5 Strikers is no longer in the boxed charts.

Here’s a look at the best-selling games in the UK over the past week: