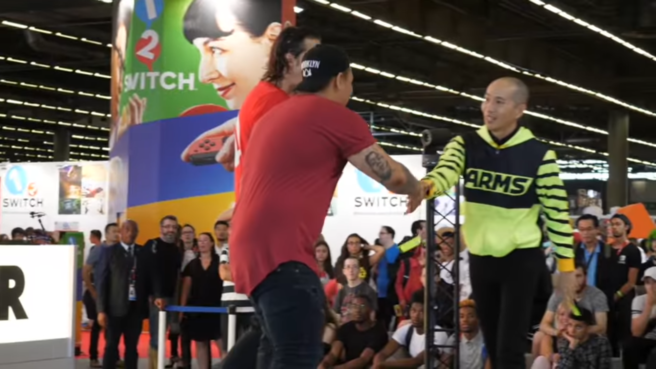 Kosuke Yabuki, the producer of ARMS, was present at Japan Expo in Paris last month to promote the game. He also played a couple of rounds with some attendees. Nintendo of France has published a video (in French) which shows some of the matches. Check it out: