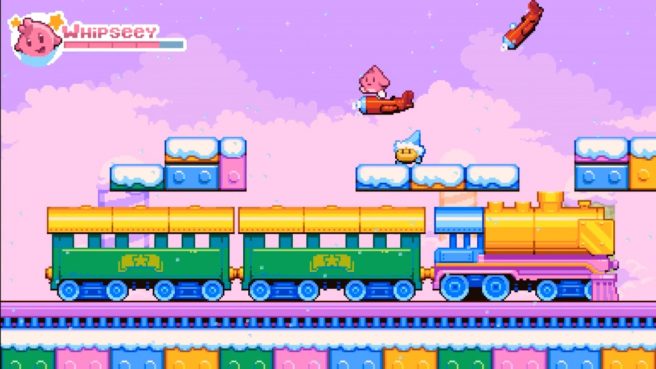 Developer Daniel A. Ramirez and publisher Blowfish Studios today announced Whipseey and the Lost Atlas, a whipping and swinging retro platformer. The game will be reaching on Switch later in the year.

Here’s an overview with further information:

After discovering a magical book, a young boy named Drew is whisked away to Whipseeyland, where he transforms into Whipseey, the pink, whip-wielding hero of this bright, colorful world. With the help of Princess Alyssa, Whipseey embarks on a quest to recover magical orbs that possess the power to return him home.

Whip or jump on enemies standing in the way and collect the magic gems they leave behind. Find an impassable chasm? Hold down the jump button and use the whip as a helicopter to travel further. Use swing points to fling Whipseey from one far-flung location to another and bounce off enemies to reach impossible heights.

Fans of indie 2D platformers have been following Whipseey’s development for the past two years through the game’s active Twitter account, providing valuable feedback, seeing the art redesign, and the renaming of the game from Whip Master after a cloning incident.

Whipseey and the Lost Atlas launches in Q3 2019 for Switch with English support.