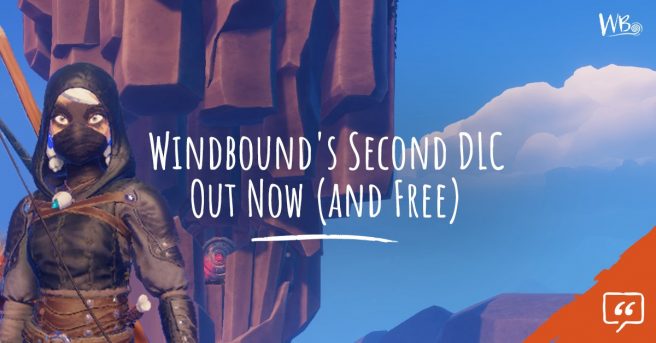 Windbound was updated on Switch this week, bringing the game to version 1.2.39400.349. It’s a notable patch, as players now have access to new Towers, a Free Sailing Mode, and Night Stalker items. There are plenty of improvements and bug fixes as well.

As you continue your journey in Windbound, you’ll start to encounter new Towers that will test your crafting ability, provide you with puzzles to solve, treasure items to find, and even pit you up against magical creatures before you can claim each Nautilus Key.

We know some of you just like to heed to the temptation of the open water and sail. In this new mode you can build your ultimate craft and sail to your hearts’ content. If you’ve found the recipe for a boat part, you can use it in this mode straight away. It’s a great way to quickly experiment with boat builds without the pressure of combat and survival.

Players may be lucky enough to find a Treasure Map that leads them to hidden Night Stalker items. Rumour has it some maps were left around ancient ruins, but it’s going to take a thorough search to find them…