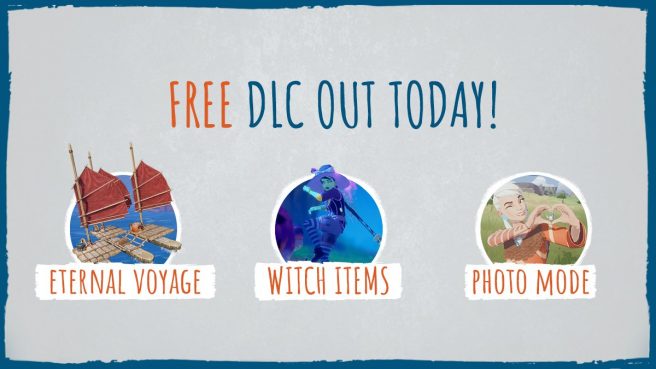 Deep Silver and 5 Lives Studios have announced a series of updates for Winbound. The first patch is live on Switch, bringing the game to version 1.4.0.

These items will be available to players when they find a Pumpkin in the world. Finding a Pumpkin will reward players with one of the following Blessings as a reward for exploring.

Players can now buy additional Blessing Slots if they have enough Sea Shard currency, allowing you to get more out of the Blessings system quicker, rather than having to rely on randomly being offered a new Blessing slot to equip more than one item.

Windbound will receive another Q4 2020 update that includes additional skins for Kara, Free-sailing mode, an upgraded Nautilus tower experience, and will introduce a number of new towers for players to explore with new challenges to complete. Look for an additional patch in Q1 2021, which will further expand the Nautilus tower experience as well as add new enemy types, combat moves, and gameplay mechanics via a “corruption” system. 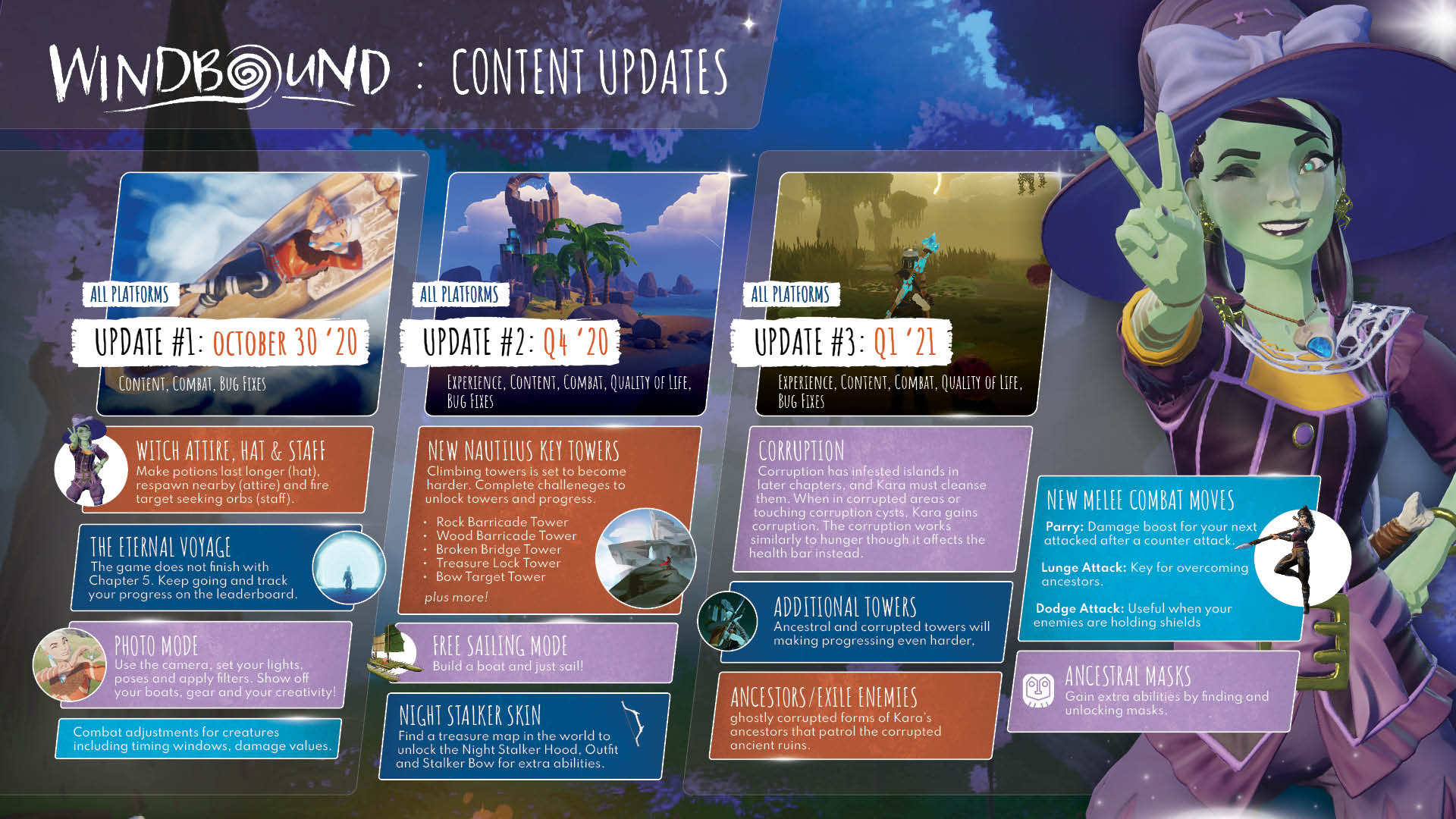