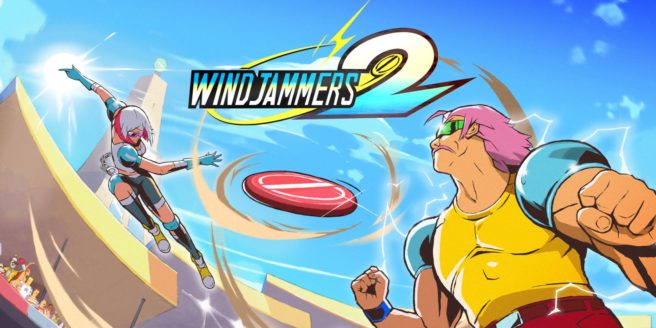 Windjammers 2 was announced for Switch not too long ago. There hasn’t been too much information floating around, but a very early version was playable at PAX West 2018.

Two characters were playable in the Windjammers 2. The slow but powerful Wessel was included along with a new character who sacrifices strength for speed.

One of the new features in Windjammers 2 is an “EX Move” bar shown at the bottom of the screen, making it almost like a fighting game. Players can pull off a move that is difficult to defend once the bar is maxed out.

Returning for Windjammers 2 is Kevin Delbrayelle, who was the lead programmer on the Windjammers port coming to Switch later this year. DotEmu head of marketing Arnaud De Sousa says Delbrayelle’s understanding of the original code and how it works will be beneficial for the sequel.

“Kevin spent months retro-engineering the first game just to understand how the game works. There’s a ton of things going on in Windjammers: the frisbee moves and all the character moves. There are a lot of mechanics you just don’t see, like balancing for instance.”