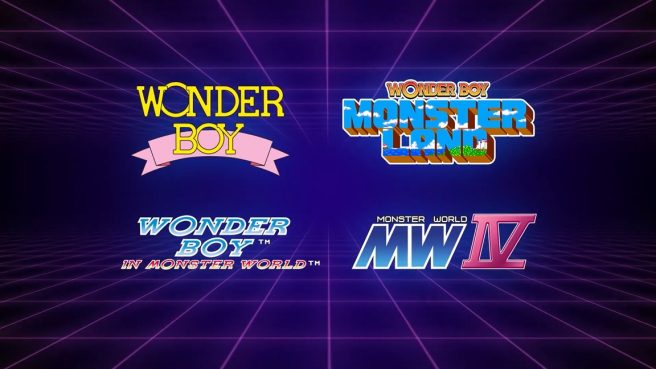 Wonder Boy Collection, which was previously leaked for Switch, has now been officially announced. ININ Games shared the news today, though it did not provide a release date.

Thanks to ININ Games, we have the following overview:

Throughout the 1980s and 1990s, the adventures of Wonder Boy have delighted gamers of different generations and built up a huge following all over the world with their dazzling blend of energetic platforming and action RPG. Since its first launch Wonder Boy has seen many sequels and remakes of the original game. However, the Wonder Boy games have seen very limited release in the west on modern gaming hardware— until now! To celebrate the legacy of this iconic game series, we are creating a carefully curated collection of essential titles of the Wonder Boy series, precisely ported to today’s home consoles and including extended features!

With the Wonder Boy Collection, Wonder Boy fans get a total of four games of one of the most influential series from gaming’s past. Coming boxed and digital! Including:

The first trailer for Wonder Boy Collection can be found below.

Wonder Boy Collection will be sold both physically and digitally on Switch. Although pre-orders are not yet live, Strictly Limited Games is planning limited and collector’s edition.

The official Wonder Boy Collection site is up here.