Wonder Boy: The Dragon’s Trap coming to Switch on April 18 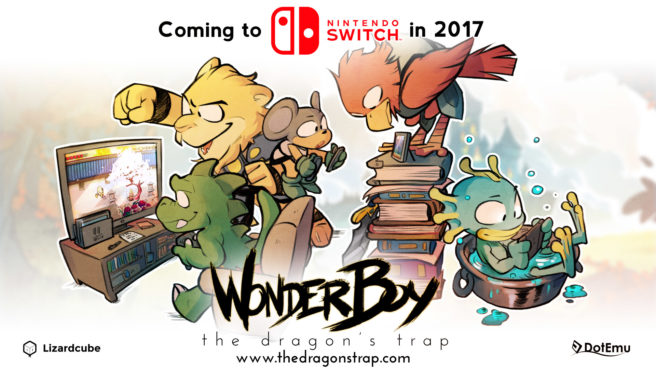 You won’t have to wait much longer to play Wonder Boy: The Dragon’s Trap. Today, DotEmu announced that the game is set to launch on April 18 via the eShop (and other platforms). A “last surprise” will be revealed on March 18.

For those who haven’t heard of Wonder Boy: The Dragon’s Trap previously, here’s a brief overview:

“Boasting beautiful, hand-drawn animations and a re-orchestrated soundtrack, the cult classic returns with a unique blend of exploration, action, and adventure. Play as Lizard-Man, Mouse-Man, Piranha-Man, Lion-Man, and Hawk-Man, and use their unique abilities to uncover the land’s deepest secrets. Switch in real-time between the original retro graphics and the visually stunning modern remake, and input your old Sega Master System passcode to unlock all of your old saves and progression – just how you left them in 1989.”