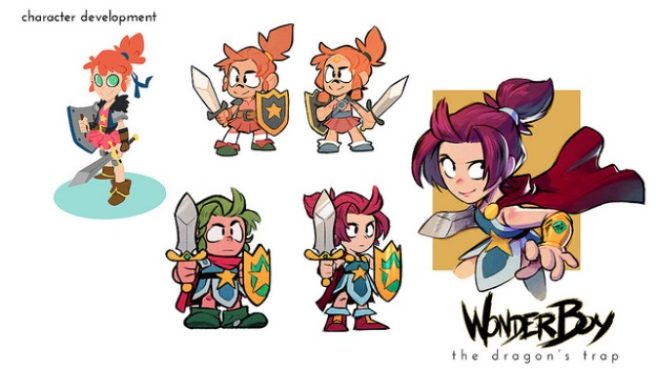 DotEmu hasn’t shown the hero design in Wonder Boy: The Dragons Trap – until today. The company gave fans a first look at the character, including the reveal of a playable Wonder Girl.

“Over the years we’ve seen many different versions of Wonder Boy, depending on the specific game or console. Even the concept art had radically different characters. With such a diverse foundation to build from, it was on me to decide which direction to move in for this latest contribution to the Wonder Boy saga.

I remember as a kid, just looking at those tiny little pixels on my TV made my imagination run wild. So the obvious design choice was to start with the material I’d spent countless hours enjoying. I began with the original sprites from the Master System, aiming for a 21st-century reinterpretation.

Here’s a look at some early character development: 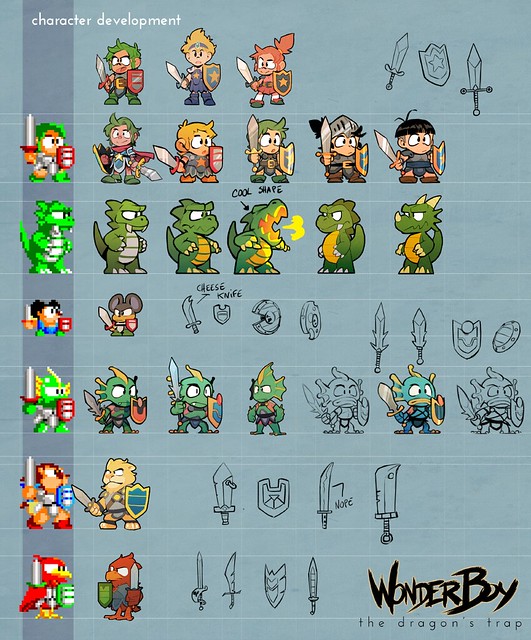 It’s tricky redesigning a game that players worldwide hold dear. I hope we did it justice and that new and veteran players alike will love the game and its ‘new coat of paint.’

Of course, you still need a contingency plan, right? In this case, if a player really digs the old-school style, he/she can switch from the new HD visuals to the original graphics (and original soundtrack) just by pressing the handy Retro button. Go ahead. Do it. I won’t judge you.”