World War Z announced for Switch, Saber says it’s “the hardest thing that we have had to do” 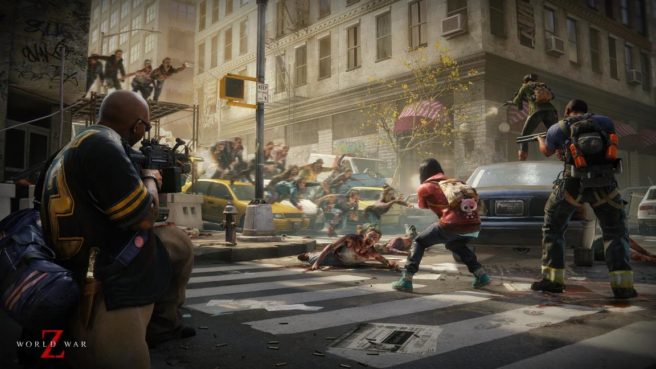 Saber Interactive, the studio behind the Switch port of The Witcher 3: Wild Hunt, has revealed that it’s bringing World War Z to Switch.

World War Z is a four-player cooperative third-person shooter. Hundreds of zombies can sometimes appear on screen, and the game also supports four players online. Saber CEO Matt Karch said that giving everything involved, the Switch port has been “the hardest thing that we have had to do”.

“The biggest challenge was finding which compromises could be made to the game which wouldn’t have a significant impact on the visuals. We needed to make sure the game looked great, fit into the Switch’s memory and ran at a solid frame rate. There was really no single factor which made this a reality. We experimented constantly for the first few months until we found that balance. Keep in mind that we are rendering scenes with hundreds of enemies and four players online. Getting this to run on the Switch is the hardest thing that we have had to do – this is true even though we are porting our own [Swarm] engine over to the platform.”

For those who haven’t heard of World War Z, check out the following overview and trailer: