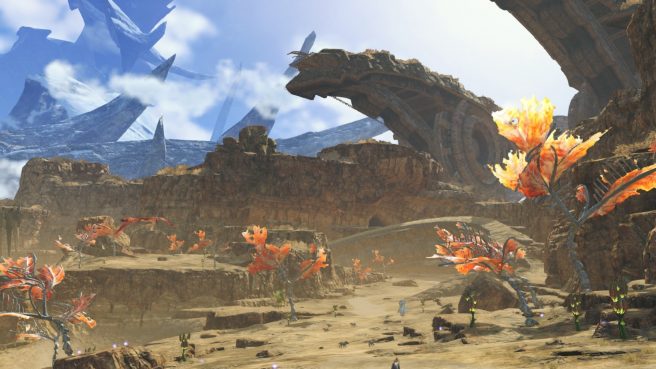 Nintendo has continued its rollout of information for Xenoblade Chronicles 3, and is now introducing two of the RPG’s major areas: Millick Meadows and Eagus Wilderness.

As for Millick Meadows, the environment has a river that flows through the vast grasslands. Despite the lush nature and scenery, players will have to watch out for creatures that “don’t take kindly to passers-by.” Even plants pose a risk.

Moving out to Eagus Wilderness, Nintendo mentioned that this is a place where you could get sand in your shoes. Further teased is “a familiar landmark while evading this desert’s sandstorms,” with a “giant mechanical finger” specifically called out.

Get a closer look at Millick Meadows and Eagus Wilderness in Xenoblade Chronicles 3 below.