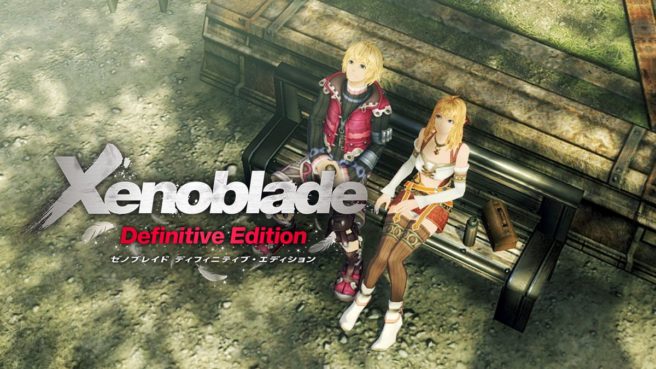 With Xenoblade Chronicles: Definitive Edition quickly coming up on its release, Digital Foundry has gone hands-on to examine how it holds up from a technical perspective. Aside from going over details like resolution and frame rate, we also are able to better understand what’s been changed from the Wii version.

– Maxes out at 720p when docked
– Can drop to 504p in certain cases
– Maxes out at 540p when in portable mode
– Can drop to 378p in certain cases
– Sharpening filter adjusted from Xenoblade Chronicles 2
– Seems to hold a higher resolution more often than Xenoblade Chronicles 2
– Some visual tweaks in docked vs. portable
– Screen space reflections used on water eliminated in portable mode
– Distant point lights are drawn further out when docked
– Shadow resolution paired back in portable mode
– Textures have been reworked/touched up from the Wii version
– In some cases normal maps are now used
– Specular highlights now play off the surface in a more realistic manner
– Updated polygon models, mainly for faces and hands
– Overall character detail elsewhere only updated slightly
– Proper shadow maps for rendering
– Attempt at simulating light shafts and volumetric lighting
– Now has per-pixel motion blur for dramatic action
– Trees are much more static on Switch compared to Wii, but tree models on Switch were updated
– Foliage pops into view on Switch
– Holds 30 frames per second most of the time

You can watch Digital Foundry’s full analysis on Xenoblade Chronicles: Definitive Edition below.