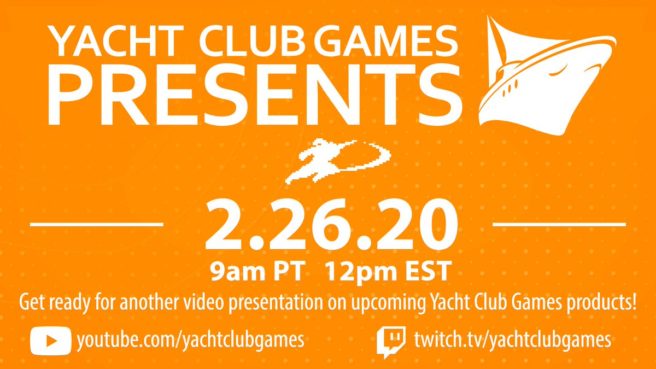 A new Yacht Club Games Presents broadcast will be held on February 26, the Shovel Knight developer announced today. It will feature news on “Shovel Knight Dig, Cyber Shadow, the current happenings at the studio, some new surprises, and PAX East plans.”

The new Yacht Club Games Presents will be hosted at the following times:

Fans can watch the event as it happens on YouTube and Twitch.